The ASB Non-Formal Education teachers’ team with 26 children from different age-groups and nationalities who stay in the reception center of Diavata in Salonika, participated in a one-day football tournament divided in teams by respective age-group. With the support of the International Organisation for Migration (IOM Greece). 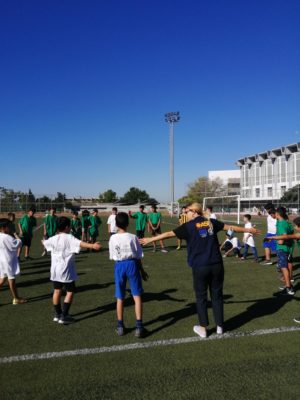 Following the example of the football genius Diego Maradona, emphasizing the social sensitivity that characterized his personality, the Aristotle University of Thessaloniki together with the Panteion University of Athens co-organized a one day football tournament for the first time, with the participation of children from the local Greek community and children from all over the world. (Refugees and Greek children).

Children of all nationalities gathered at the stadium of the Aristotle University of Thessaloniki, in a tournament that united them all. Children who have experienced different situations and conditions, played in mixed teams, given that football is opposed to any form of racism and class discrimination. Boys with girls, children who do not speak the same language, from different countries, came together and joined forces in parallel football friendly matches.

The team of teachers of Non-Formal Education of ASB, with 26 children of different ages and nationalities who stay at the Diavata LTAC in Thessaloniki participated in the daily football tournament divided into different age groups. 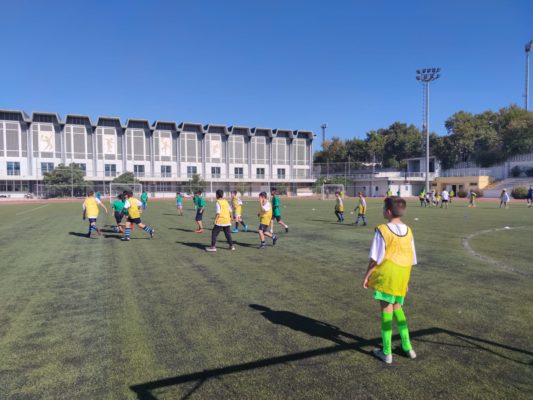 “The children from the morning of the same day were full of enthusiasm and anticipation for the football day, throughout the games they made new acquaintances with other children and asked us when we would go again to play together. They also asked us to create football teams in Diavata for internal matches but also to take part in other similar events. It was a day that filled us all with joy and this was evident on the return trip when  the whole bus was singing “, their ASB teacher Chryssa Markopoulou stated with enthusiasm. 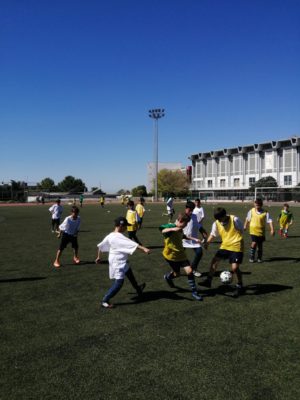 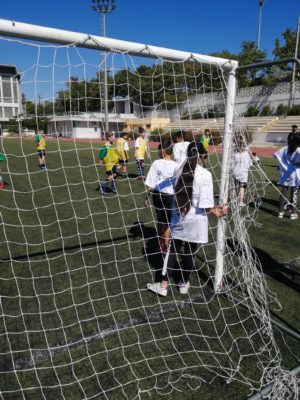 11-year-old Kabir said:  “We have never played in such a nice stadium before and we really want to come again” while 13-year-old Hyman stated that “We have made new friends and are waiting to get together again to play with even more kids together”. Little Tirhad, 10, said, “I really liked this grass field, it’s very soft and I want to touch it all the time!”

This first intercultural football tournament showed us that through sports and specifically football we can all team up.