In the year 1888, six carpenters from Berlin laid the foundation for what today is the Arbeiter- Samariter-Bund with their “First-Aid in case of accidents” course. From then on all workers were to be able to help in case of an accident at their workplace.

A lot of serious accidents took place because of machinery at the workplace in the 19th century. Protection for workers as we know it today was unknown then. Emergency services were just starting up and there was a lack of paramedics who could respond to emergencies fast. When on November 28th 1884, during the building of a warehouse in Erkner, a 40 meter long wall collapsed and 3 carpenters were buried underneath, Gustav Dietrich and five of his colleagues saw the need to organize practice-oriented First-Aid courses. Their idea was to enable workers to help their colleagues in the case of an accident.

During a time when there were no regulations regarding work-protection and no emergency services, while many workers were seriously injured, the six carpenters, despite resistance, made the first “First-Aid course in case of accidents” a reality. They were not only the founding fathers of the Arbeiter-Samariter-Bund but their initiative was…

During a time when there were no regulations regarding work-protection and no emergency services, while many workers were seriously injured, the six arpenters, despite resistance, made the first “Course about First-Aid in case of accidents” a reality. They were not only the founding fathers of Arbeiter-Samariter-Bund but their initiative was… 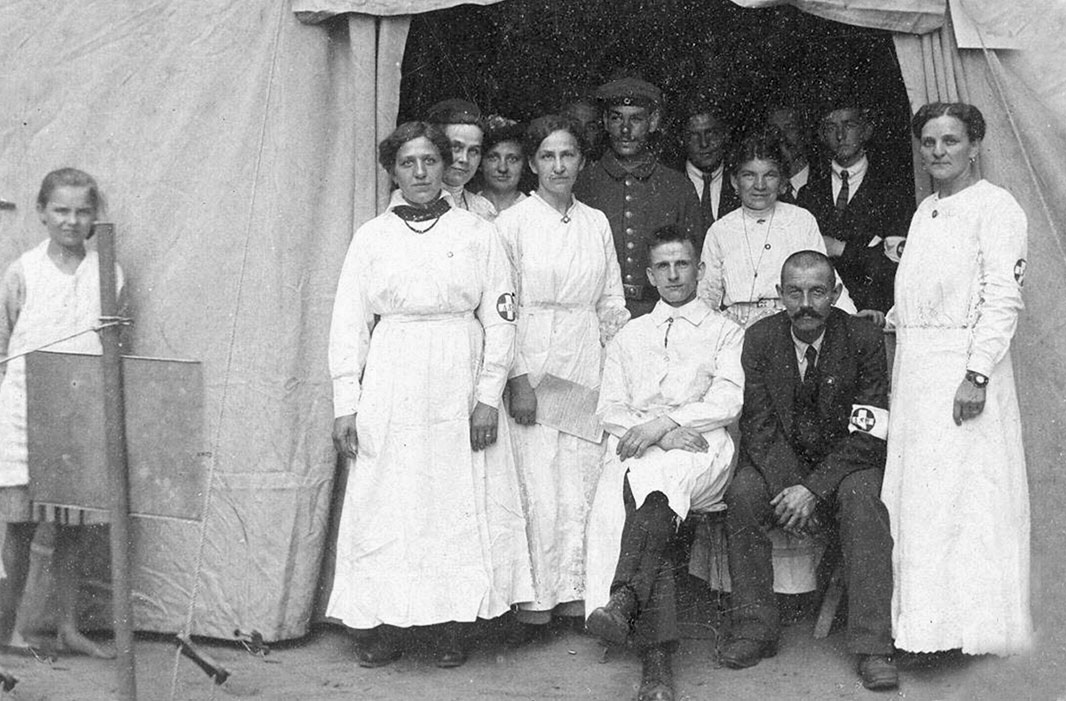 The Samaritan Oskar Schaumburg put much effort into inviting all german columns together for a meeting in Magdeburg in 1909. The members of “Arbeiter-Samariter” in Berlin, Dresden, Cologne, Hamburg and Elbersfeld merged together to form “Arbeiter-Samariter-Bund Deutschland e.V. 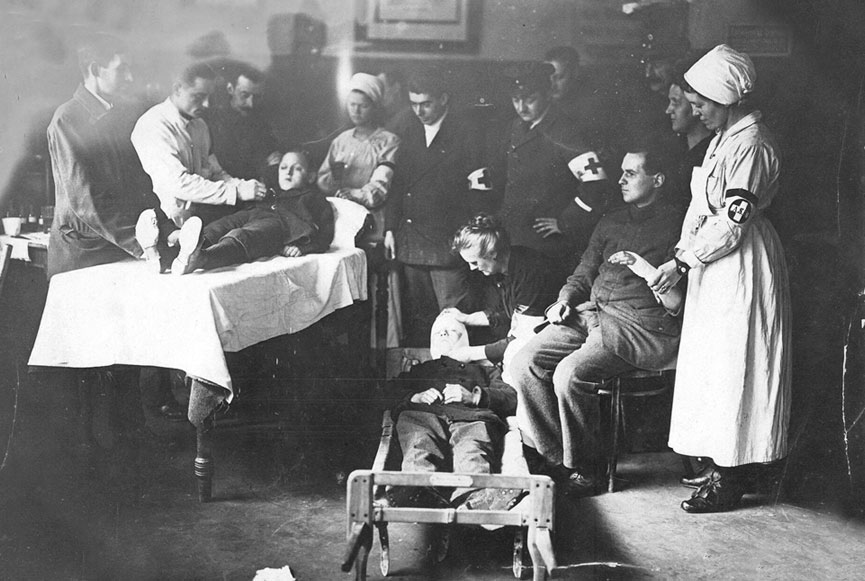 Almost half of the 6600 members of ASB, got drafted into the German Army in 1914. Many helpers of the 104 ASB columns volunteered to help those injured in the war. By the end of the war only 1,400 ASB members and 30 columns remained.

ASB in the Weimar Republic 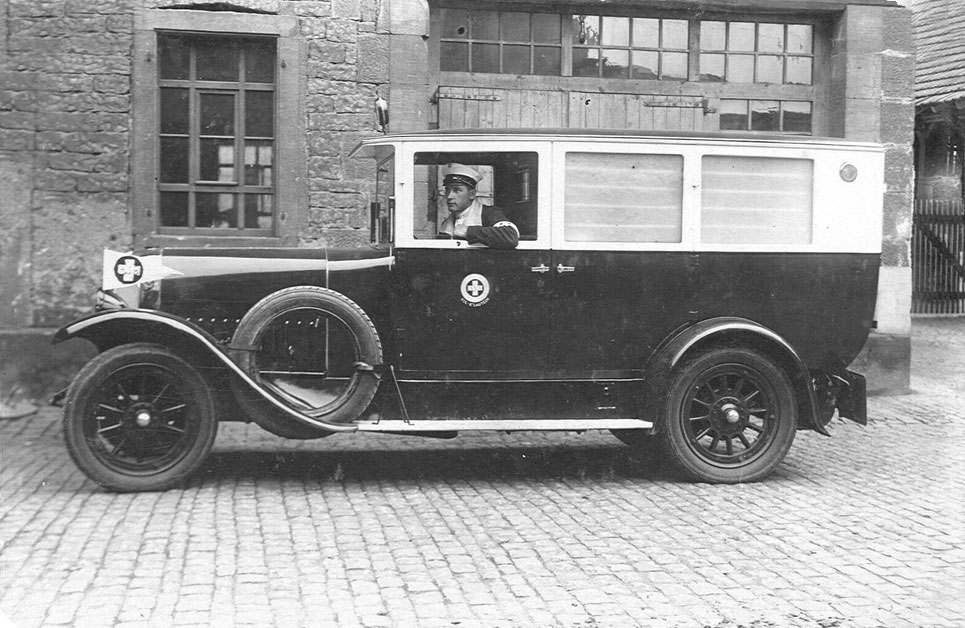 The Weimar Republic was Germany’s government from 1919 to 1933, the period after the First World War until the rise of Nazi Germany. ASB regrouped following the First World War, due to political instabilities there was a significant need for ASB paramedics. At the Spartakus-Riots (5-12 January 1919) in Berlin… 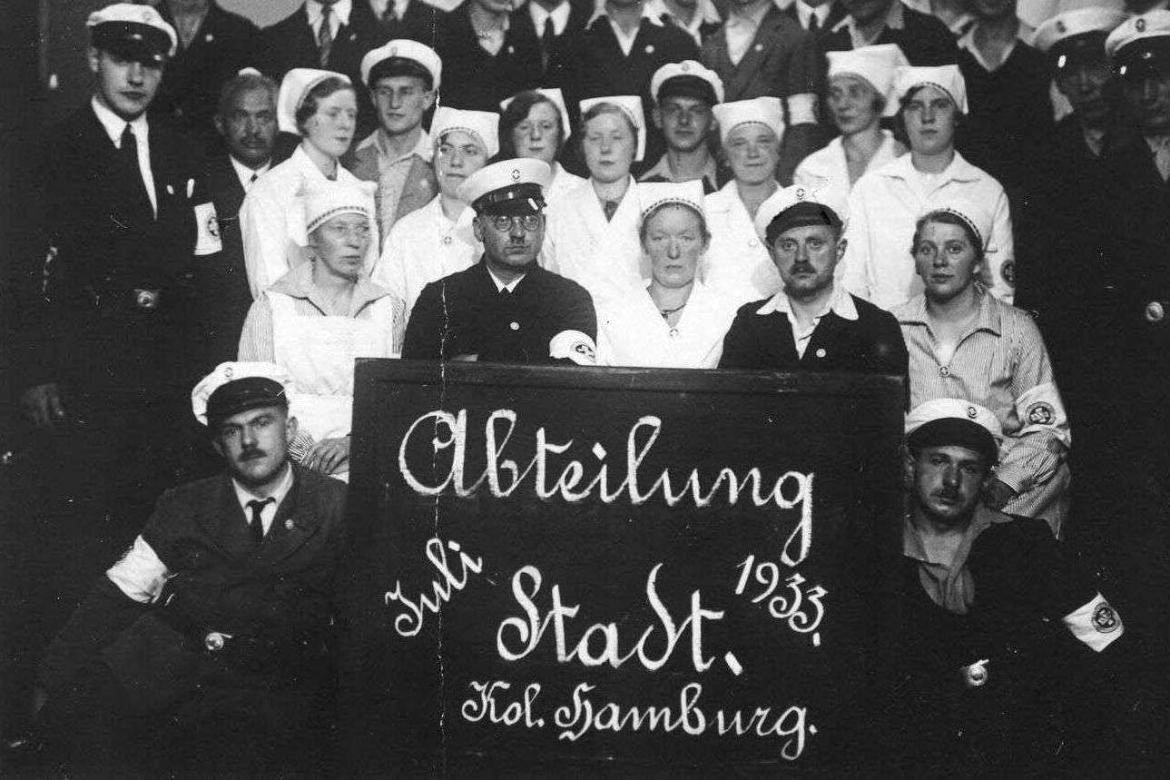 After the rise of Adolf Hitler, ASB was placed under National Socialist leadership. The National Socialists ousted Arbeiter-Samariter-Bund in 1933. ASB was able to become active again, only after the Second World War in 1945 although only in West-Germany. With the establishment of the Federal Republic of Germany, ASB managed…

1945+ASB in West Germany after the Second World War

ASB in West Germany after the Second World War 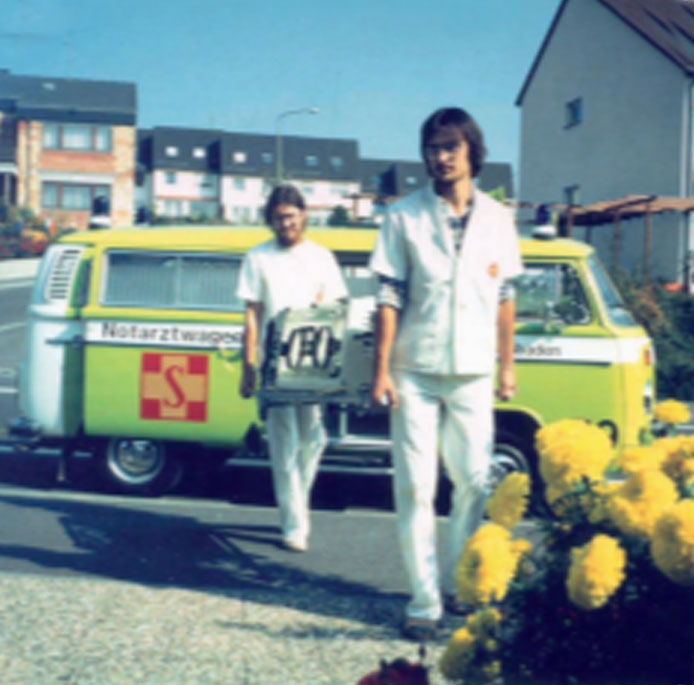 After 1945, in the Soviet occupation zone, the Soviet Military Administration in Germany suppressed ASB, which consequently did not exist in the later German Democratic Republic (GDR). In 1946 ASB was re-established in the western parts of Germany. By 1950 there were 100 ASB columns. During the 1950’s ASB concentrated… 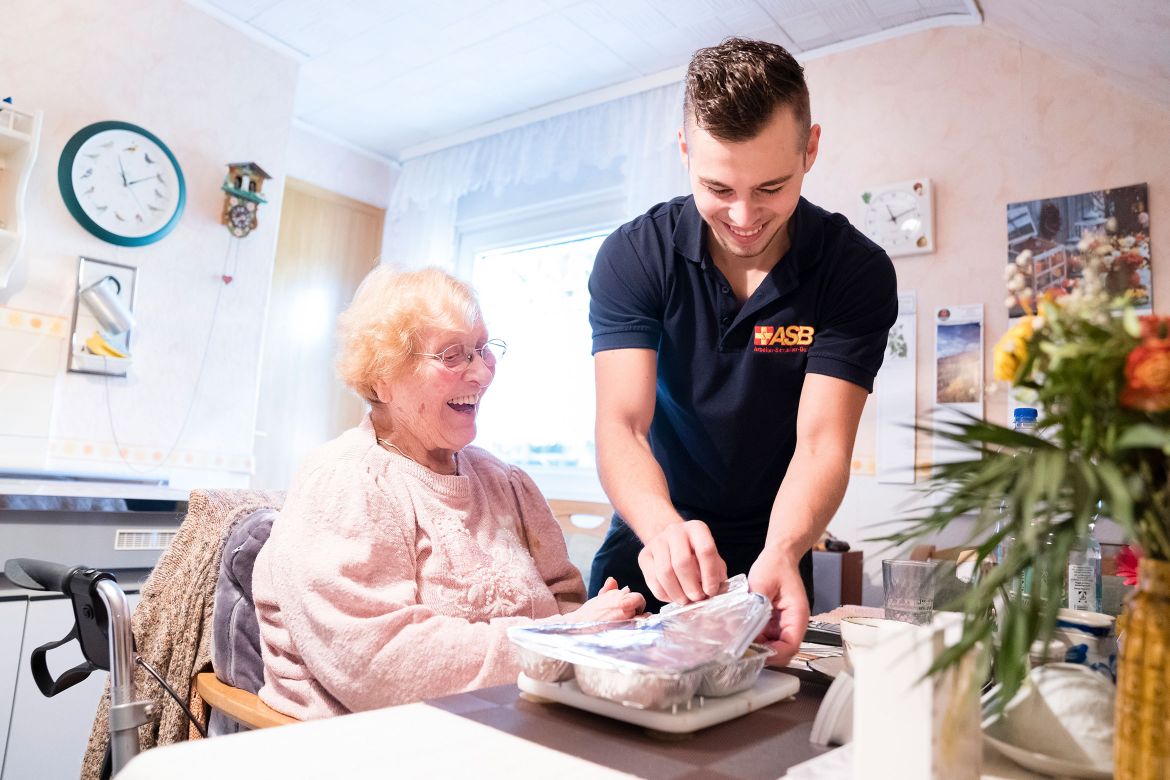 In the 1960’s ASB began deployments abroad and operations during disasters. Hospitals and Nursery Homes were opened and help was provided for people with disabilities. The first ASB mobile meal service was launched in 1963. The main office moved from Hannover to Cologne in 1965 where it is still located… 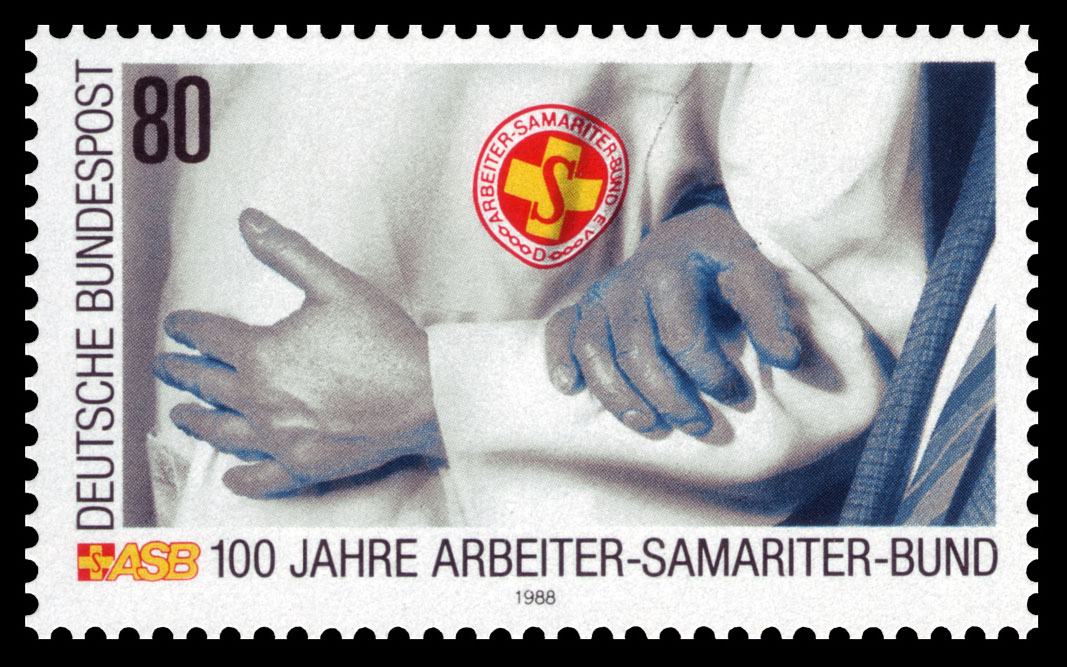 Child and Juvenile Care as well as Refugee care were established by ASB in the 1980’s. Mobile social services were also added. In Wiesbaden and Cologne ASB introduced the first Home-Emergency-Call Systems for the elderly, day-care homes were founded. ASB celebrated its 100th anniversary in 1988.

ASB – The Fall of the Berlin Wall 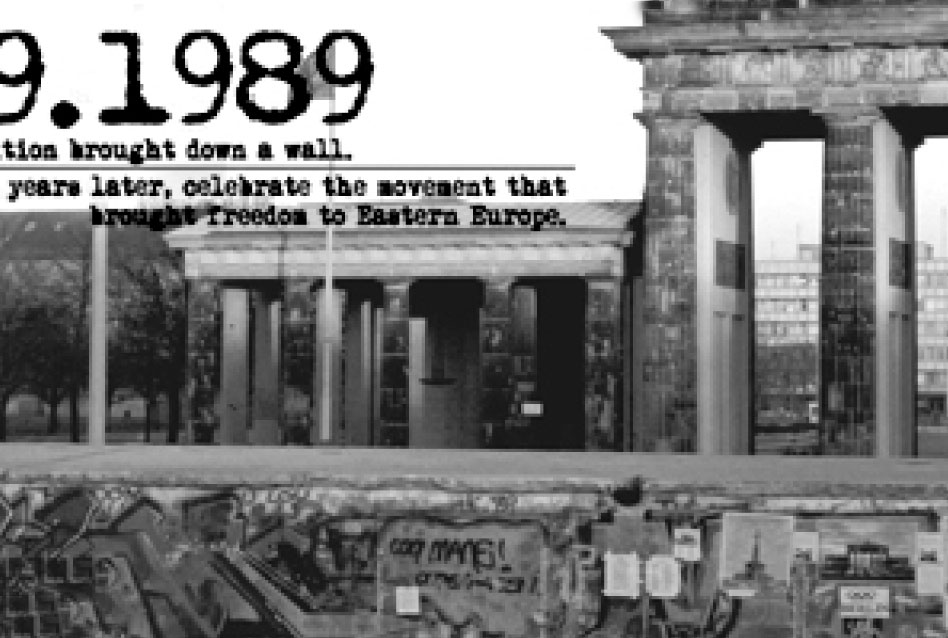 After the fall of the wall in 1989 many citizens of the GDR contacted ASB and wanted to build up new charities. The first ASB-Local-Connection was established in Eastern Germany on the 27th of February in 1990 in Güstrow, Mecklenburg Vorpommern. In autumn of 1990 ASB re-established their services in… 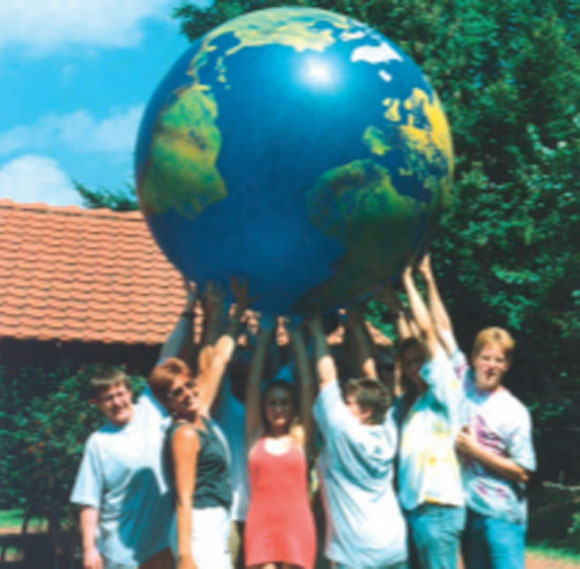 One of ASBs longest missions as a charity was started in 1991 during the Yugoslavian war. ASB cared for refugees and provided medical services as well as help-convoys. 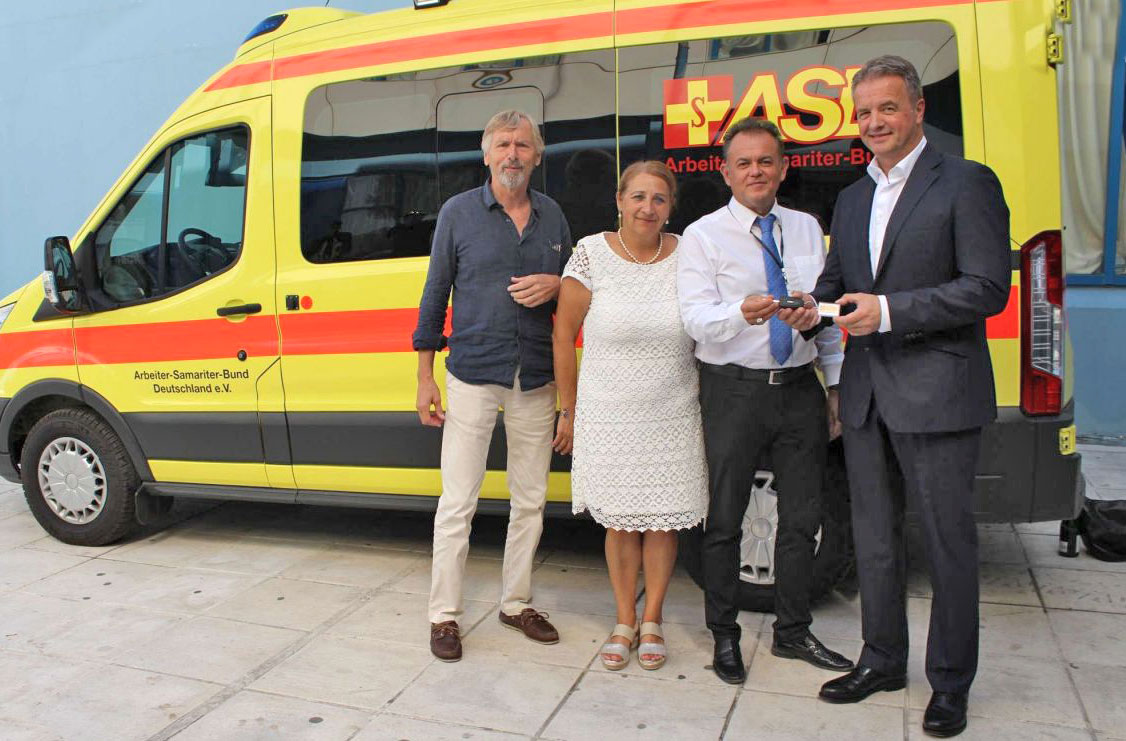 On 26th of September 2015, as a sign of solidarity, ASB handed over six ambulances to Greek local authorities and organisations. 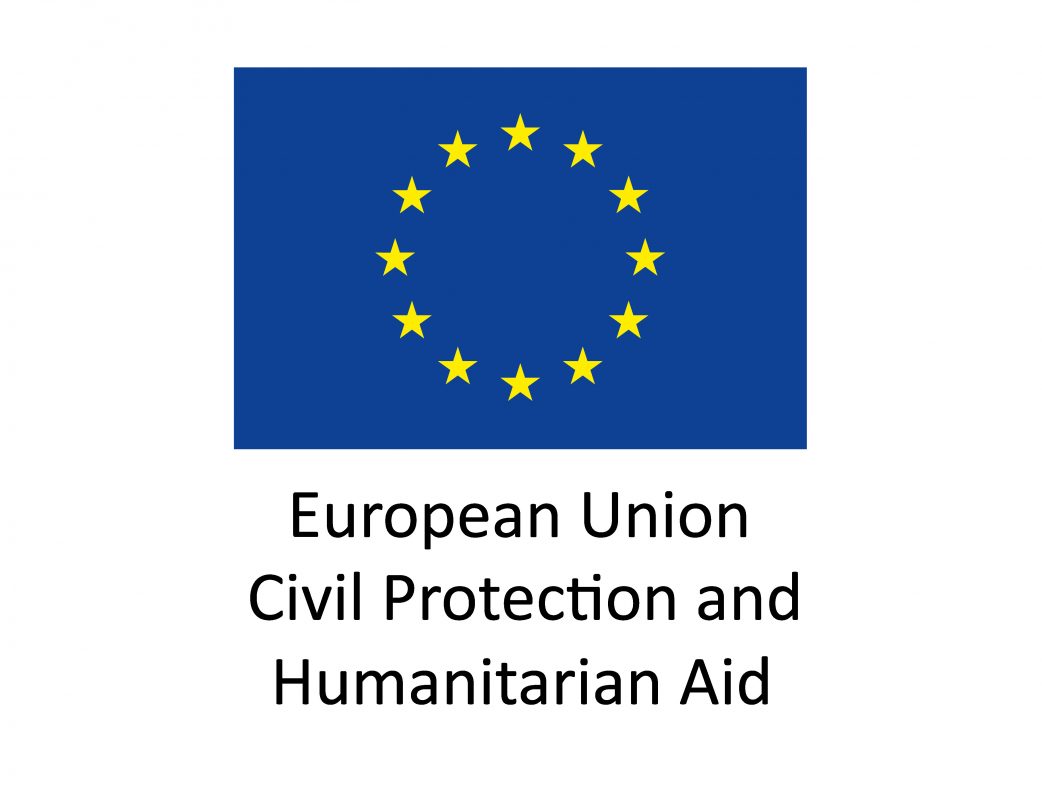 During these projects (2016 – 2018) ASB provided shelter for more than 1500 refugees in Northern Greece as well as Social Services and protection activities with their partner ARSIS. ASB through a partnership with WAHA also provided primary medical care until the end of May 2018. 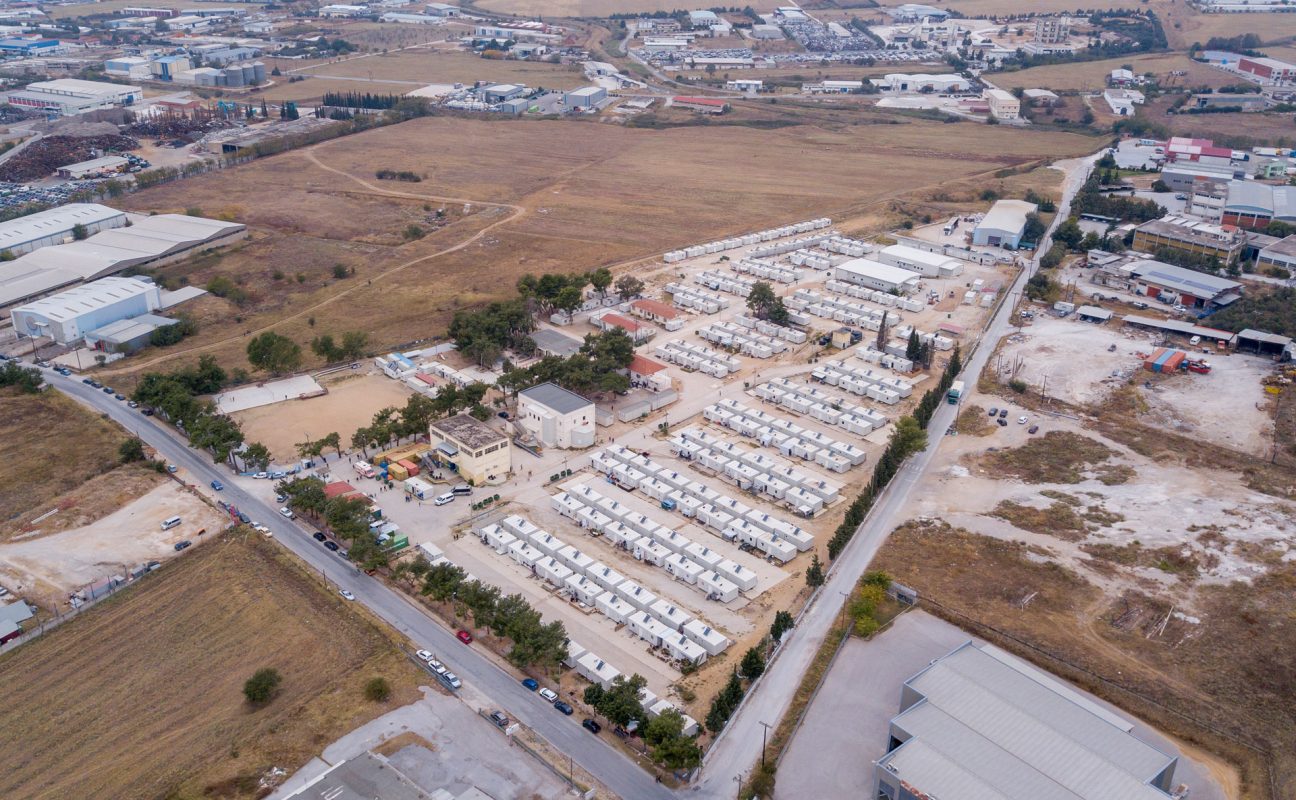 At the time of the Diavata camp opening, ASB’s focus was to provide shelter including provision of services. ASB constructed 156 modular container units & renovated supporting buildings, including a building for unaccompanied minors. Around 875 registered refugees are currently living in housing units with two separate rooms, bathroom, solar… 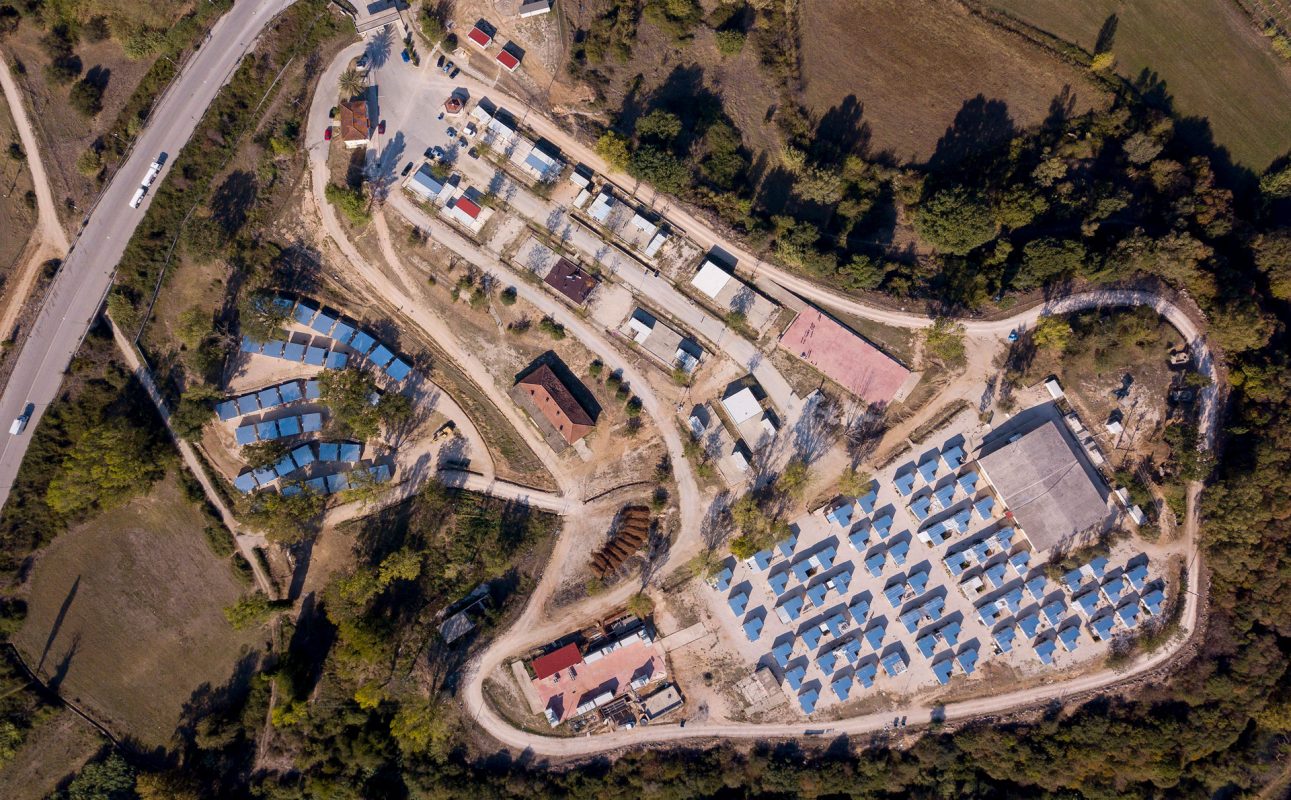 Since February 2018, ASB Greece provides continuous Site Management Support Services to camps in Katsikas, Filippiada, Doliana [and Konitsa until September 2018]. ASB supports refugees and migrants in Epirus through its integrated multi-sector response that addresses the urgent need for refugee assistance in the region. This response will reach about… 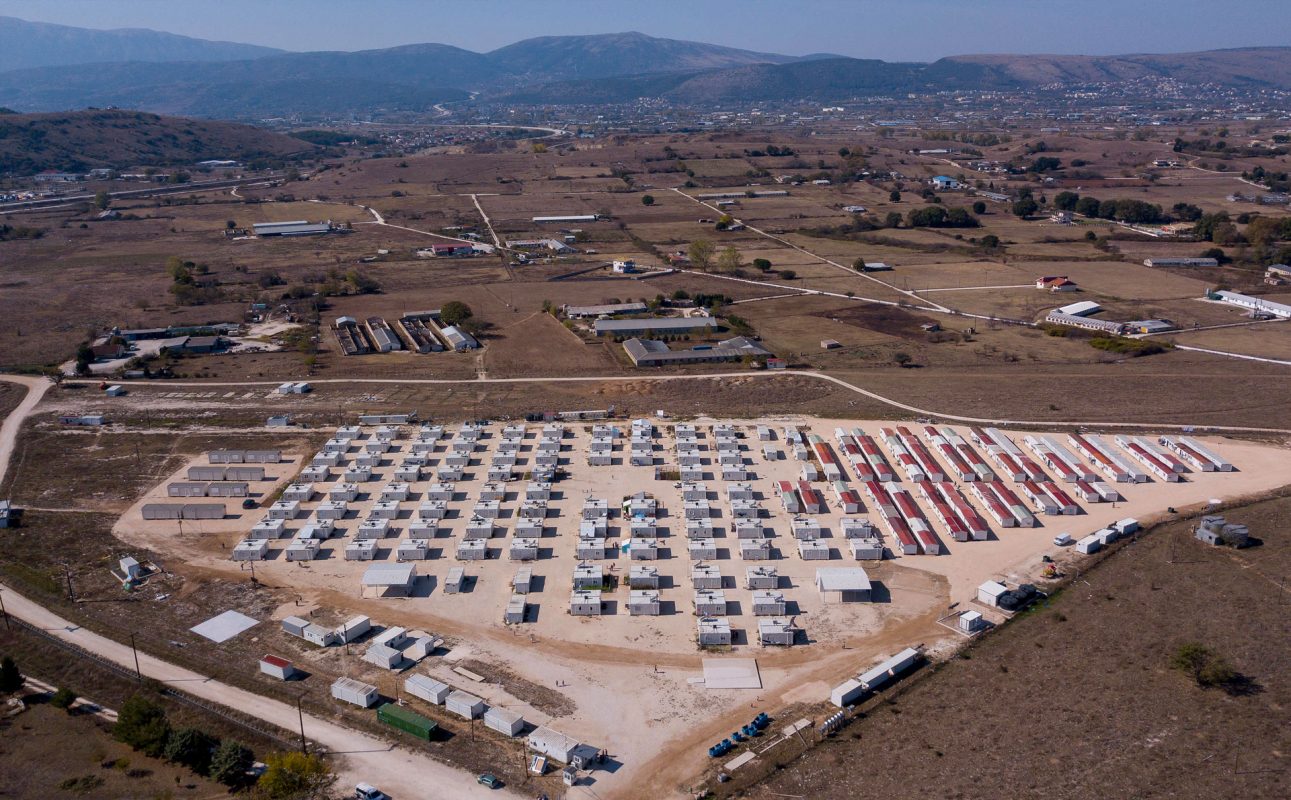 The expansion of the hospitality units for refugees and third country nationals of Katsikas and Filipiada in Epirus took place through the transfer, reconstruction and relocation of existing prefabricated housing units and the construction of general infrastructure. In September 2018, 111 housing units were installed in Katsikas and 35 in… 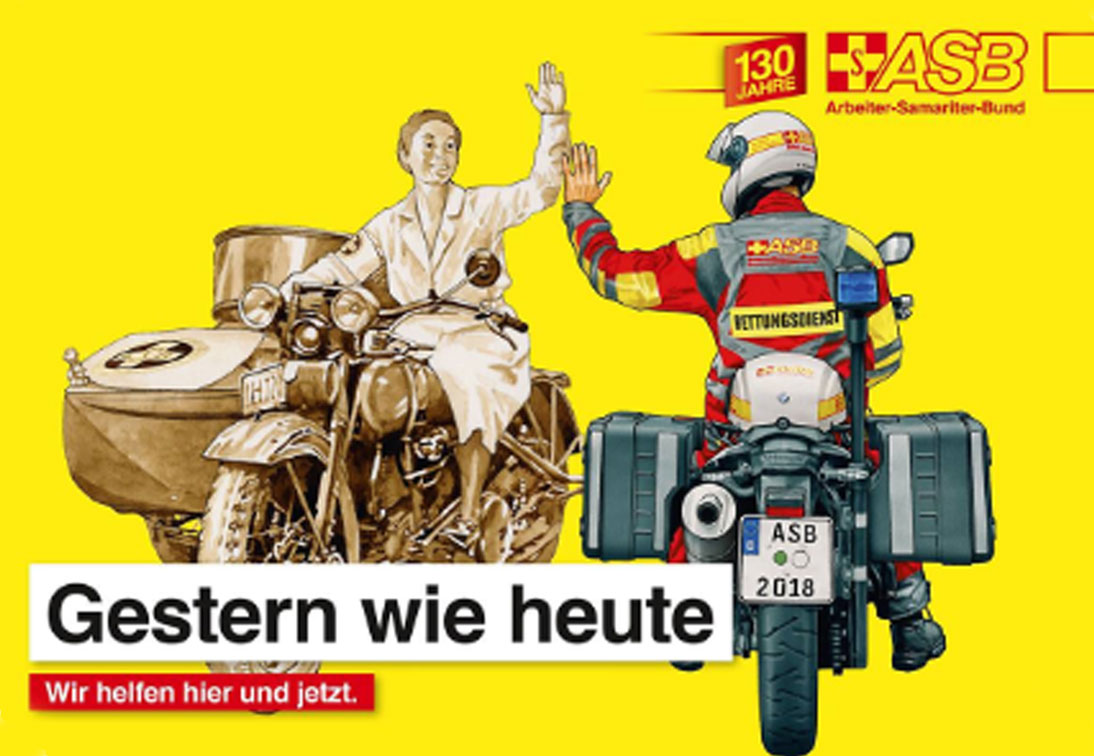 ASB celebrated 130 years since its founding. 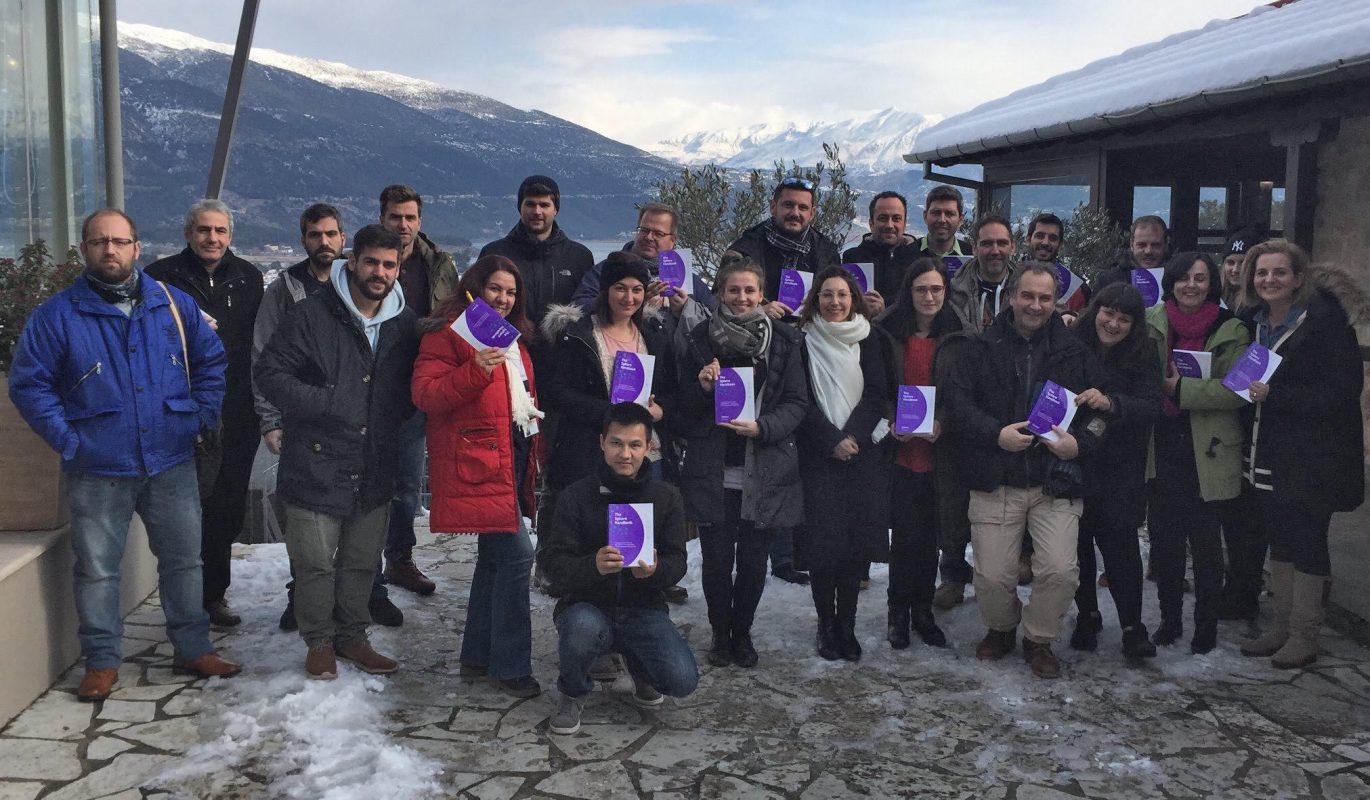 A two day Sphere introductory training took place for the first time in both Ioannina and Thessaloniki. By assessing ASB internal policies, guidelines and procedures as well as by getting ASB staff views on performance and practises ASB’s work against the 9 CHS Commitments was tested. The Core Humanitarian Standard… 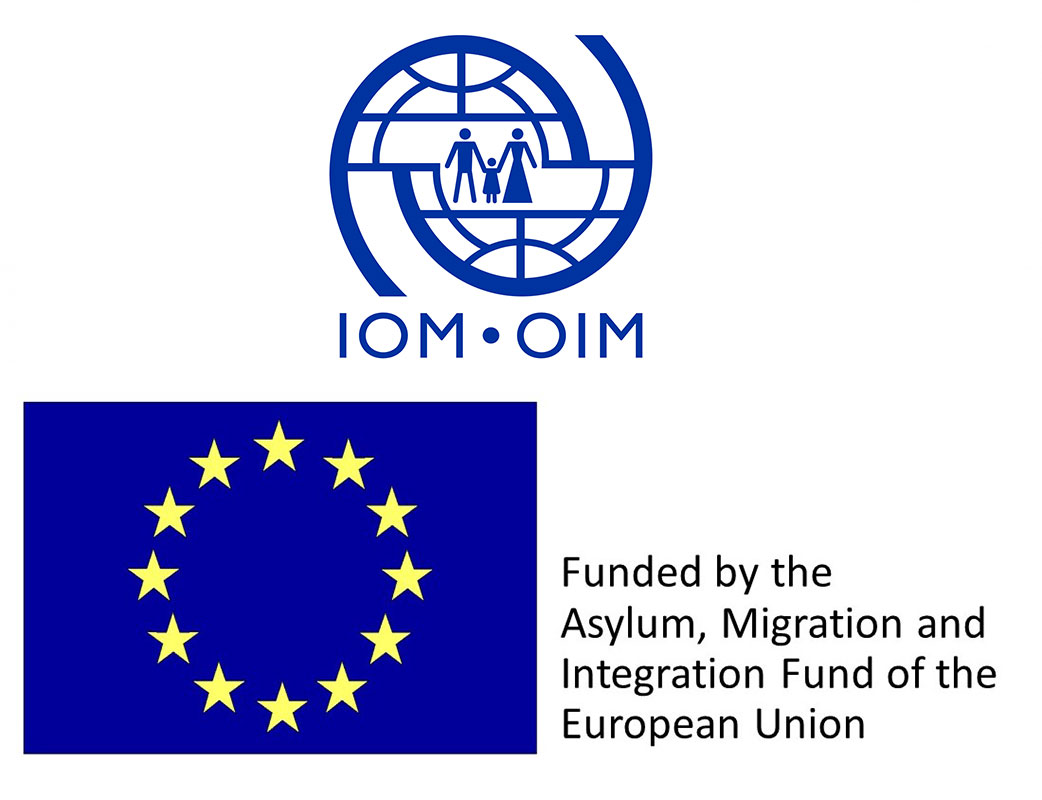 Arbeiter Samariter Bund (ASB) and the International Organisation for Migration (IOM) signed an Agreement to continue the support of Asylum seekers under the IOM project entitled: “Improving the Greek Reception System Through Site Management Support and Targeted Interventions in Long-Term Accommodation Sites”. The activities of the project support the Government…