When women in science will not be defined by their gender anymore but will finally be called scientists. With the support of UNICEF and in cooperation with DRC Greece.

On the occasion of the International day of Women and Girls in Science, the NFE non-formal education team organised an afternoon on the subject. They invited a member of the ASB legal team and staff from EODY (National Health Services Organization) to talk about their jobs. A lively debate ensued with the adolescents.

A short introduction by  Non-Formal Education educator Ifigeneia, preceded the distribution of posters of famous women in science:  Rosalind Franklin, a pioneer on fiber X-rays, Dr Hayat Sinti, biotechnologist, who made the world a better place thanks to diagnostics including all, Mae Jemison, first African-American woman in space, and many others, giving way to an interesting debate following the subsequent video projection: 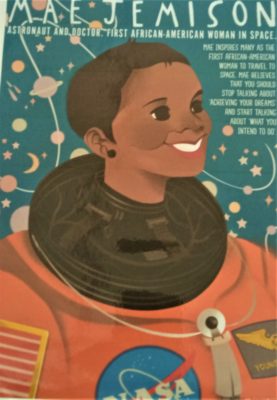 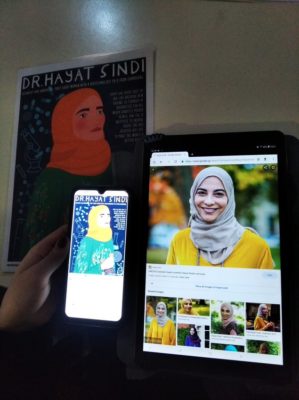 She addressed the group:

“When you hear the word scientist what comes up in your mind”?

Javid Jafari answered: “A person who has a lot to offer”.

Ifigeneia then gave examples of the lessons one follows at school: physics, biology, computer sciences, law, and asked the teenagers if these subjects were connected to professions. Their answers were that all these sciences largely contributed to the world, but did not particularly lead to a profession. Ifigeneia specified that law for instance was professed by a lawyer and biology would give us a biologist, as well as if you studied physics you would find out that many professions were related to this science.

A conversation followed on what each of them wanted to become and answers fused;

“A football player, a policeman, a musician, a doctor, an engineer”.

The video that followed insisted on the fact that discrimination still exists and on the hardships women went through to achieve their goals as scientists.

Why are women underrepresented asked Ifigeneia?

Answers were: less development, war and violence, no access to schools, stereotypes like “men bring the money home and work outside and women raise children and are in the kitchen”, government, competition, poor living conditions, mentalities.

Agathi Lambri, member of the ASB legal team, who was invited to the group then shared her experience with the audience:

“A factor that I find the most important beyond all the obstacles that you mentioned and could stop you to achieve your dreams is to have the support of the family. I wanted to become a lawyer since I as 14 year old. And I had the full support of my family. 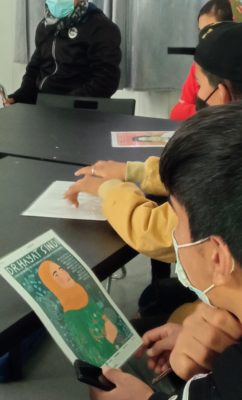 My problem was not the studying but when I started working in the field. Many people think women won’ t make it because of their gender. If you believe in yourself though, you can make it”. 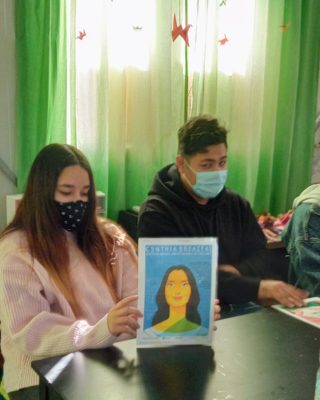 “Is the best lawyer in Greece a man or a woman?” asked a boy and the lawyer answered that: The best one is the one who has a lot of knowledge and can make it. ”

The EODY staff presented themselves, the health visitor on vaccination and prevention, Irini Noula and the midwife, Anthi Tzalokosta. The health visitor mentioned that she studied for 4 years, that nothing got into her way, that she works and has a family.

The adolescents had many questions to ask: “How long does it take to become a doctor?” was the main question.

The midwife explained how her job covers the whole array of medical and psychological support for women and couples which includes counselling, the follow-up of pregnancy until her presence at birth-giving with the doctor.

Children were very interested to know how long the study curricula was for each profession and if they could choose any of these jobs.